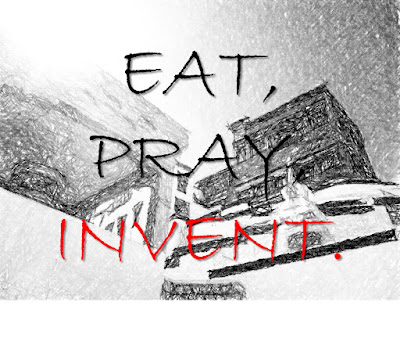 Today as my colleague, Rahul Kulkarni and I were placing the final touches on a product we'd been working on, we took a conversation-diversion to add momentum to the already highly-charged environment we were in. We were in the middle of an exciting break-through and our energy-levels were peaking as we were detailing the major and minor matrices of the structure. The mood was electric as we fed off each other’s strengths and moved in with ease to cover all blanks and dashes with speed and swiftness. Indeed the product was shaping up far better than how we'd envisioned it.
We forced ourselves to take the diversion knowing well the calming effect that diversions have in an electric environment. During that break we casually exchanged notes on our backgrounds to realize that both of us were electrical engineers who’d decided against taking up a core job somewhere between our 3rd and 4th years of engineering. The similarity didn’t end there as our paths mirrored each other’s, perhaps including that of most engineers of our generation, as we chose to pursue MBA degrees and careers in sales, marketing, communication and advertising.
For over two decades we had believed we were engineers only in qualification, not in spirit or interest or vocation. Perhaps many would agree that, while as children we genuinely wanted to become engineers, the four year struggle at college with different subjects, eroded and destroyed our interest in the course to such an extent that we wanted nothing more than to secure enough marks to graduate with a semblance of self-respect. If fact, many of us may not even have desired a job with an engineering firm, such was the residual fatigue of the discipline.
Today when we stepped back and looked with pride and awe at the design we had jointly engineered, we began recounting many other similar programs and products we had designed in our collective careers of 4 decades and more. Some technology based, others service based and some, combinations of the two.
That activity threw a singular startling fact back at us: Whilst we had worked in hard-core sales and in creative companies, our own roles had been that of: Conceptualizing ideas, detailing its components, structuring the project, delivery, feedback and correction and finally implementation, monitoring and reporting. And above all, that single word which stared back at us in black against the white of the board: DESIGN.
It told us what we had been all through our careers, the role we’d unconsciously enjoyed playing all these years. ENGINEER.
That’s what we were. What we are. And what we’ll always be.
For an engineer’s primary function is to ideate and design a better model, a more efficient product which reduces effort. Then to develop, implement and improvise on it to keep increasing efficiency.
While a poorly structured engineering course, well-past its expiry date and an examination system that rewards rote and repetition can dissuade and demotivate students, nothing can change the inclination of a mind driven by the desire to design a more efficient solution.


So whatever be the industry your organization believes itself to be a part of, whatever be your job title or role. If you’re designing systems that deliver more efficient results, you are indeed one of us!
Posted by Unknown at 9:10 AM No comments: